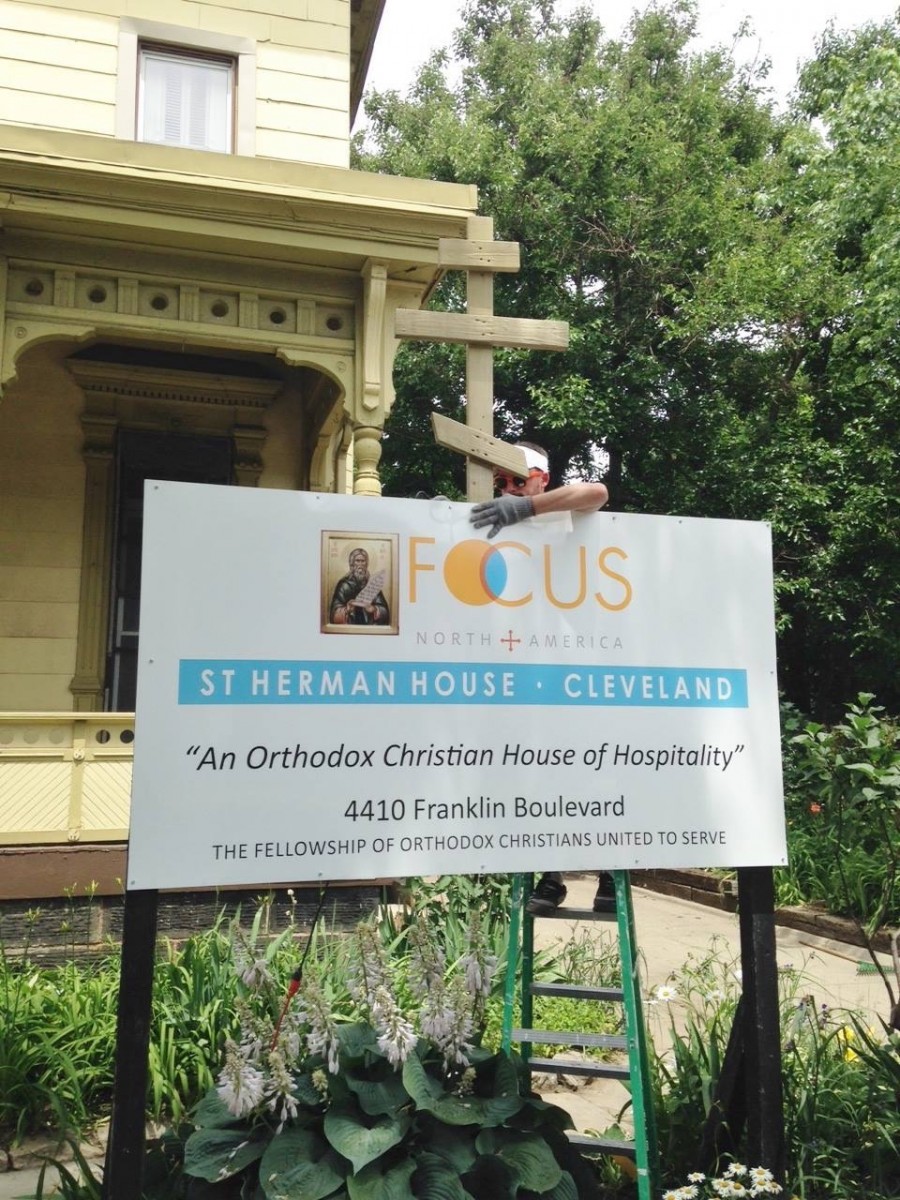 JOHNSTOWN, PA  [Diocesan Chancery] —  Following in the footsteps of  Sts Cyril and Methodios, and demonstrating in concrete action their renewed committment to hands on missionary work,  the National Senior ACRY has organized a small weekend mission and service weekend at St. Herman’s House of Hospitality in Cleveland, Ohio taking place from today,  Friday  Aug 12 – Sunday August 14, 2016.  The team is comprised of officers and members of the ACRY,  Priests and other Diocesan faithful who are committed to assisting as they are able the work of this phenomenal Orthodox Christian Outreach to the disadvantaged of the greater Cleaveland Ohio area.  The team will be in place throughout the weekend and will conclude with their participation in Divine Liturgy at our nearby Diocesan Christ the Saviour Parish in North Royalton, Ohio.

The St. Herman House – FOCUS Cleveland is an Orthodox Christian house of hospitality committed to serving the homeless and needy poor of Ohio City and Inner City Cleveland in a spirit of love and hospitality. It has  been in operation since September of 1977. St. Herman’s is solely owned and operated by FOCUS North America which conducts outreach centers and programs in 30 cities around the country. As an expression of Christ’s love, FOCUS North America serves the hungry, thirsty, stranger, naked, sick and imprisoned by providing Food, Occupation, Clothing, Understanding, and Shelter.

Faced with low wages and rising food, housing, utility, and health care costs, thousands of children go to bed hungry each night, evicted families are homeless, millions are jobless, and even more feel hopeless. In a land where resources are so plentiful, it is unacceptable that so many children, adults, and senior citizens experience such staggering need and insecurity. Restoring their dignity takes more than handouts. Through FOCUS, Orthodox Christians are coming together as a national movement to transform people’s lives and offer a real hope to the hopeless here at home, in America

Out of all US cities, Cleveland has the second highest rate of residents living below the poverty line, 36%. At a time when few to no services were available in the Cleveland area, St. Herman House was founded to meet the pressing needs of the underserved in our community. To this day, the St. Herman House continues to provide essential services, transforming the lives of many who come through their door.

For more information about the good works of St. Herman’s house check out their website at  www.sthermans.com.

Watch for photos and updates  throughout the weekend on the Diocesan and ACRY  websites.

The National ACRY (American Carpatho-Russian Orthodox Youth) – The Fellowship of Sts Cyril and Methodios, is the national youth organization of the American Carpatho-Russian Orthodox Diocese of Johnstown, Pennsylvania. It is divided into two separate organizations. The Junior ACRY (for ages 8 to 18) and the Senior ACRY (for ages 18 and older). The ACRY is an Orthodox Christian family fellowship dedicated to the purpose of encouraging spiritual growth through charitable and apostolic missionary works, prayer and fellowship for the Glory of God and the building up of the Church and our Diocese.