Home/Seminaries/Dr. Kyriaki Karidoyanes FitzGerald Elected to Ecumenical Board
Previous Next 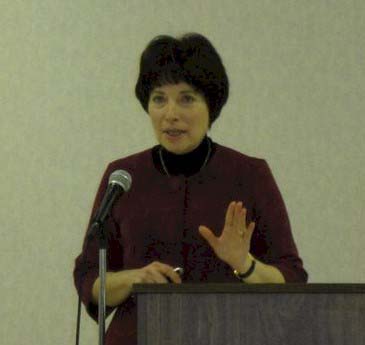 Dr. Kyriaki Karidoyanes FitzGerald, Adjunct Professor of Theology at Holy Cross Greek Orthodox School of Theology, was re-elected to the Board of Directors of the Center for Evangelical and Catholic Theology at its annual meeting at Loyola University of Baltimore on June 9, 2016. The Center is an ecumenical association of theologians and clergy of a number of Christian traditions which publishes the journal Pro Ecclesia and sponsors an annual conference. This year’s conference addressed the topic “The Emerging Christian Minority.”

A noted author and lecturer, Dr. FitzGerald is a graduate of Hellenic College and Holy Cross, which honored her as Alumna of the Year at the President’s Alumni Dinner on May 16, 2016. She pursued advanced graduate studies in Orthodox theology at the University of Thessaloniki and received her doctorate from Boston University. She is also a licensed clinical psychologist.

Dr. FitzGerald is a co-founder of St. Catherine’s Vision, an international Pan-Orthodox Christian organization of women theologians collaborating with ordained and lay servant-leaders addressing concerns of the contemporary Church. It is an endorsed organization of the Assembly of Canonical Orthodox Bishops of North and Central America.