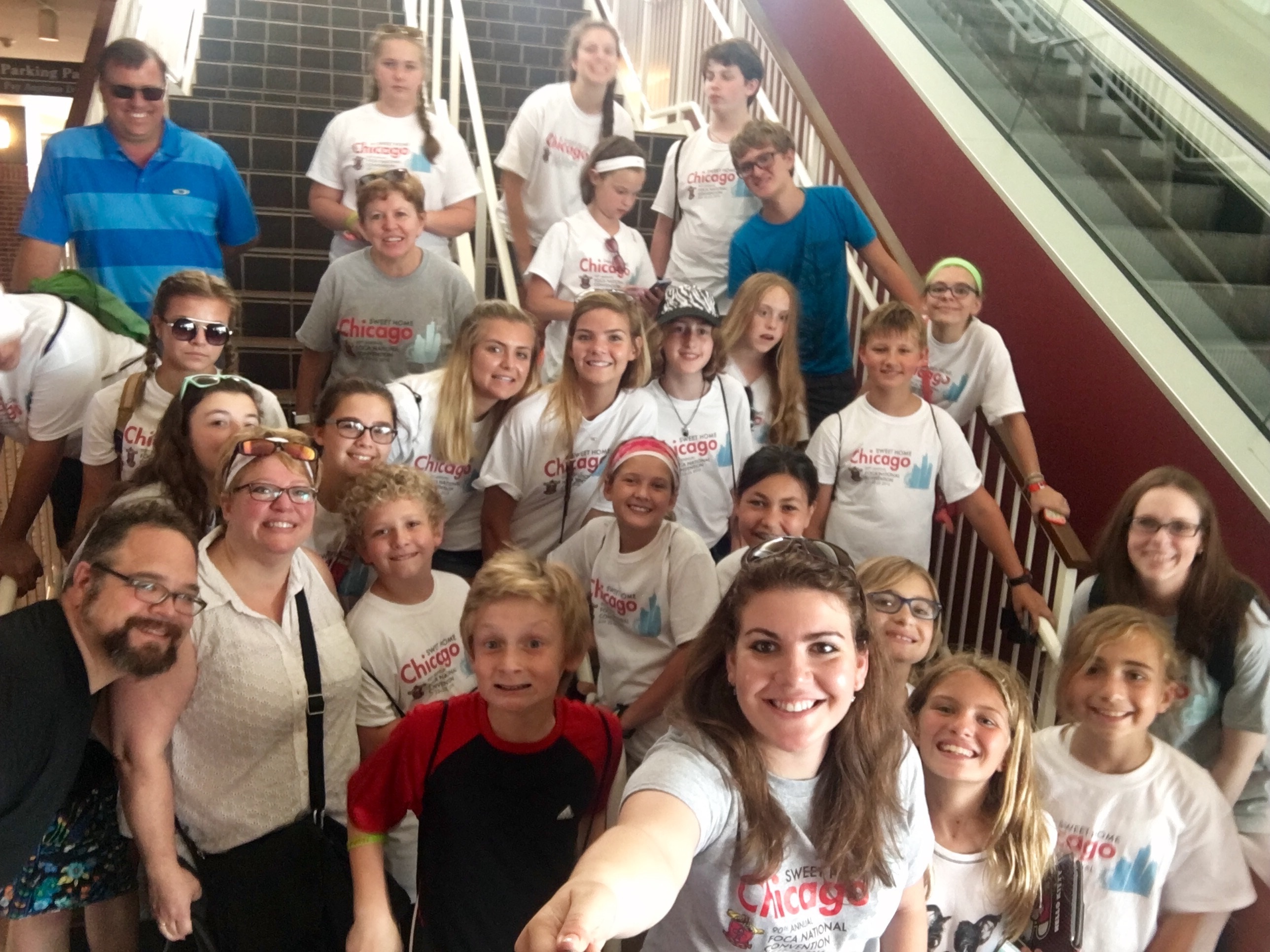 Members and friends of the Fellowship of Orthodox Christians in America [FOCA] from around the country gathered at the Loews Hotel in suburban Rosemont, IL to celebrate the organization’s 90th annual national convention July 22-25, 2016.

Presiding over the sessions was National President Marge Kovach, Clark, NJ.  Joining the celebration were the FOCA’s spiritual leader, His Beatitude, Metropolitan Tikhon, and three other members of the Orthodox Church in America’s Holy Synod of Bishops: His Grace, Bishop Paul of Chicago and the Midwest, the host hierarch; His Grace, Bishop David of Sitka and Alaska; and His Grace, Bishop Daniel of Santa Rosa.  Also in attendance was Archpriest John Jillions, OCA Chancellor.

Plenary discussions focused on the Fellowship’s future and ways to increase the membership base in light of natural attrition and smaller parish size.  Metropolitan Tikhon engaged in an open dialogue on the convention floor, during which many delegates expressed their appreciation for the support and encouragement of the OCA and the hierarchs participating in the gathering.  A highlight was the presentation of a $10,000.00 check to Bishop David from this year’s “Gift of Love” project—Orthodox Christian coloring books for Alaskan children in the Yupik and English languages. 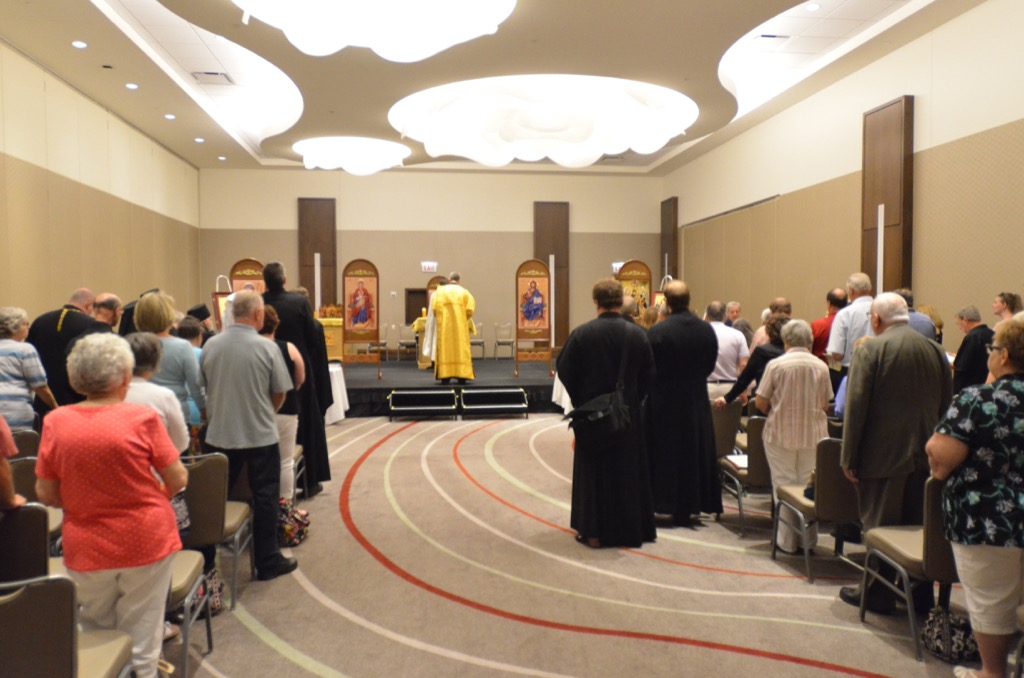 Vespers was celebrated in the convention chapel on Saturday evening by Father Theodore and Deacon Peter Ilchuk.  A dinner cruise was held on Lake Michigan, but it came to an early end as storms moved across the area, making for a somewhat “rocky ride!”  Metropolitan Tikhon concelebrated the Divine Liturgy on Sunday morning with his brother bishops and area and visiting clergy.  His sermon centered on the Passion-Bearers, Saints Boris and Gleb, as well as the Russian Imperial Family, who also were canonized as passion-bearers.  At the conclusion of the Liturgy, Carol Deerson, a past national FOCA president who is stepping down after 17 years of organizing the national conventions, was awarded the Order of Saint Innocent, Bronze Class, by Metropolitan Tikhon for her years of exemplary service to the FOCA and OCA.  In addition to her FOCA activities, Carol served on the Preconciliar Commission of the 18th All-American Council in 2015, which was held in Atlanta in conjunction with the FOCA’s 89th national convention.

A celebratory banquet was held Sunday evening, at which President Kovach gave her address and awarded four college scholarships.  In his remarks, Metropolitan Tikhon commented on how the FOCA operates as “one big family” and noted the presence of several members from Saints Peter and Paul Church, Burr Ridge, IL—formerly located in Chicago—whom he knew when he was received into the Orthodox Faith in 1989.  Dancing followed.

Unique this year was a “youth council” that was held concurrently with the convention.  Cosponsored by the OCA’s Department of Youth, Young Adult and Campus Ministry and the Diocese of the Midwest, the council was conducted by Priest Benjamin Tucci, FOCA Junior Department Chair, and OCA Youth Director Andrew Boyd.  Participating youth met together for prayer, enjoyed a variety of outings, and interacted with Metropolitan Tikhon and the other bishops.

“At the 18th All-American Council, the youth asked the Council for an ‘active, well-known, and central Youth program,’” Andrew explained.  “The FOCA has much of that infrastructure in place through it’s junior chapters, providing fellowship, service, education, camps, and sports programs. We felt the FOCA convention was a natural place to start building out our youth program in person.”

Metropolitan Tikhon and Bishops David Paul spoke with the youth about vocation, their personal struggles with the faith and embracing their calls from God.

“One of the most touching moments,” said Father Benjamin, “was watching the youth celebrate His Beatitude’s recent milestone birthday with cupcakes, festive hats, and lots of eager questions.” 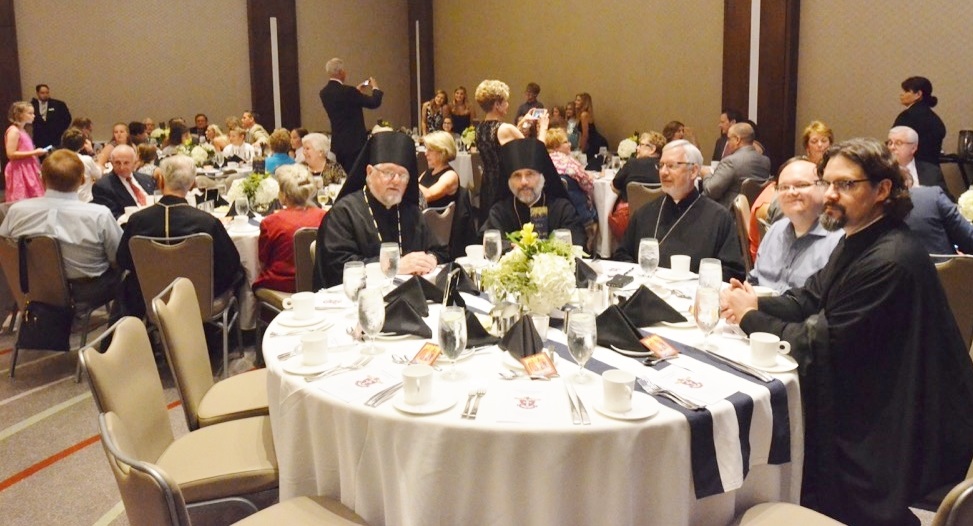 The banquet provided the perfect ending to a memorable convention

Sponsoring the convention were three Chicago-area FOCA chapters, with Dennis Garlick serving as General Chair.  Displayed at the registration desk were group photos taken at past national conventions—dating back to the 1930s—and various souvenirs, along with photos of past national presidents and a listing of their names and dates of service.  It was at the first convention, held in November 1927 at Saint Alexander Nevsky Church, Pittsburgh, PA, that the Federated Russian Orthodox Clubs [as the FOCA was known until 1998] was organized, with Vladimir Prislopsky [later Archpriest] elected as the organization’s first national president.

The convention concluded with final sessions on Monday morning and a Powerpoint presentation from “youth council” participants, which was well received.  After the election and installation of officers, delegates and friends formed the traditional circle, recited the FOCA motto – “Pray, Study, Toil, Be Temperate”—and sang the anthem “Faith of Our Fathers.”