Home/Jurisdictions/Bishop Paul, MW clergy guests of Russian Church for Feast of the Tikhvin Icon
Previous Next 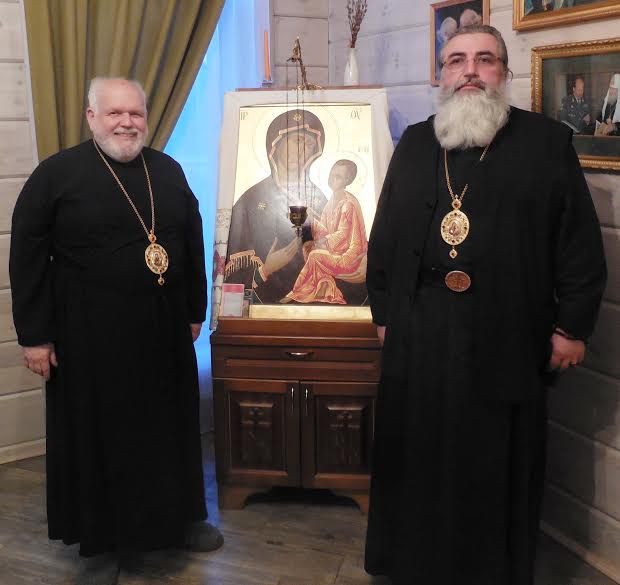 Bishops Paul and Mstislav with reproduction of the wonderworking Tikhvin Icon of the Mother of God.

From July 4 through 12, 2016, His Grace, Bishop Paul of Chicago and the Midwest was among the guests of the Russian Orthodox Church who celebrated the Feast of the Tikhvin Icon of the Mother of God in Tikhvin and St. Petersburg, Russia.

Bishop Paul was accompanied by Archpriest John Adamcio, Dean of Chicago’s Holy Trinity Cathedral; Archpriest Alexander Garklavs, Rector of Holy Trinity Church, Parma, OH whose father, the late Archpriest Sergei Garklavs, had been the icon’s guardian from the late 1940s until its return to Russia in 2004; and Deacon Alexander Koranda of Chicago’s Saint George Cathedral.  Also present from the US for the celebration was His Eminence, Archbishop Peter of the Russian Orthodox Church Outside of Russia.

On Friday, July 8—the Eve of the Feast of the Tikvin Icon—Bishop Paul concelebrated at the All-Night Vigil at the Cathedral of the Dormition at the Dormition Monastery of Our Lady of Tikhvin.  Among those who welcomed Bishop Paul was His Eminence, Metropolitan Varsonofy of Saint Petersburg and Ladoga and His Grace, Bishop Mstislav of Tikhvin and Ladeinoye Polye, who is slated to visit Chicago in October 2016.

The following morning, Bishop Paul concelebrated the Divine Liturgy with Metropolitan Varsonofy, Archbishop Peter, Bishop Mstislav, and numerous other hierarchs in the open air in front of the monastery cathedral.  The Tikhvin Icon was present throughout the two-day celebration.  A Service of Thanksgiving was celebrated before the icon after the Liturgy. 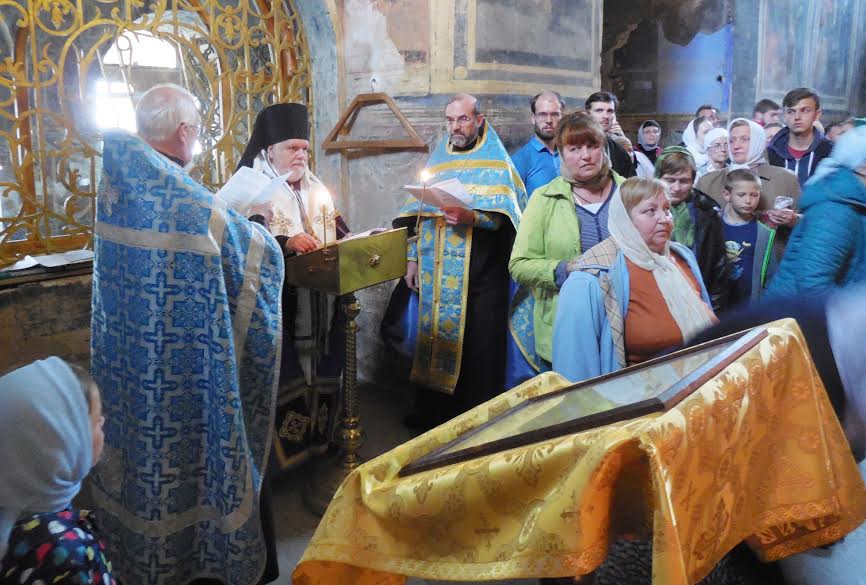 Founded in 1560, the Dormition Monastery held the wonderworking Tikhvin Icon, which had been discovered by fishermen on Lake Ladoga in 1383—70 years before the fall of Constantinople.  Tradition holds that the original icon was the work of the Evangelist Luke.  In the fifth century it was moved from Jerusalem to Constantinople, where it was enshrined in the Church of the Virgin Mary in the city’s Blachernae district.  The icon remained in the Dormition Monastery until it was closed—and subsequently destroyed—by the Soviet authorities in the 1920s.  During World War II the icon was taken to Latvia in the face of Nazi advances into northern Russia.  In 1949, His Grace, Bishop John [Garklavs] of Riga [later Archbishop of Chicago] brought the icon with him to the US, where for many years it was enshrined in Chicago’s Holy Trinity Cathedral.  After Archbishop John’s death in 1982, his adopted son, Father Sergei, was the icon’s guardian until it was returned to the Tikhvin Monastery in 2004.  See related story.

At the conclusion of the festal Liturgy, Metropolitan Varsonofy read greetings from His Holiness, Patriarch Kirill of Moscow, in which he recounted the numerous occasions throughout history when the Mother of God interceded for the Russian people, especially during the years of severe tribulation.  “The Mother of God showed her love and care for us through the centuries,” he recalled.  “Thank God this image has returned to Russia!  We can kneel and open our hearts before the Heavenly Queen, to pray to her, to recite hymns and to sing troparia.  What she has done for us serves our salvation.”

‘Today the city of Tikhvin is rejoicing,” Bishop Mstislav added.  “Today an assembly of bishops, a great many priests and hundreds of worshippers venerate the Tikhvin Icon of the Mother of God.  Present here with us today are our guests from Chicago – Bishop Paul, Archbishop Peter and Archpriest Alexander, a son of Archpriest Sergiy Garklavs, the long-time guardian of the Tikhvin Icon.

“The icon has returned to the place in which it was found many centuries ago,” Bishop Mstislav concluded.  “In our prayers before the icon, we ask the Mother of God to help the monastery, the whole Church of Russia and all our people,” adding that Bishop Paul had brought with him a piece of soil from the grounds of Chicago’s Holy Trinity Cathedral.  “The cathedral was built by the first holy martyr of the Petersburg region—Saint Archpriest Ioann Kochurov—with the blessing of Saint Bishop Tikhon, the future Patriarch,” Bishop Mstislav explained. 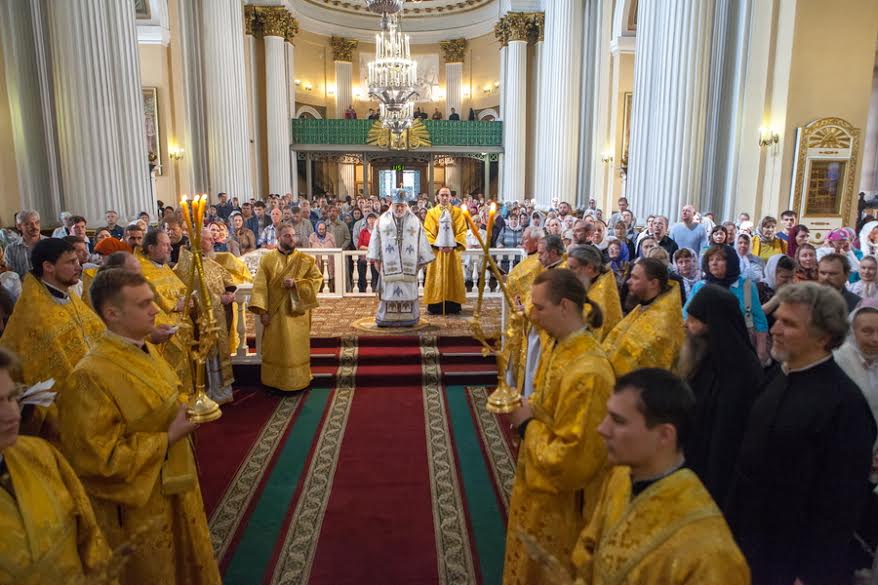 On Sunday, July 10—the Sunday of All Saints of the Saint Petersburg region—Bishop Paul presided at the celebration of the Divine Liturgy in Saint Petersburg’s landmark Holy Trinity Cathedral in the Saint Alexander Nevsky Lavra—the oldest monastic community on the Neva River.  In addition to Fathers John and Alexander and Deacon Alexander, many of the monastery’s clergy also concelebrated.

“On behalf of His Beatitude, Metropolitan Tikhon of All America and Canada and the Holy Synod of Bishops of the Orthodox Church in America, I am honored to be with you today,” Bishop Paul said at the conclusion of the Liturgy.  “Today the Lord has made it possible for me to celebrate the Divine Liturgy with you, which is a cause for me to rejoice.  This is my first visit to Russia.  Returning to America, I will always remember you and your sincere faith, and in turn, I ask your holy prayers.”

A photo gallery of the celebration is available on the web site of the Diocese of the Midwest.