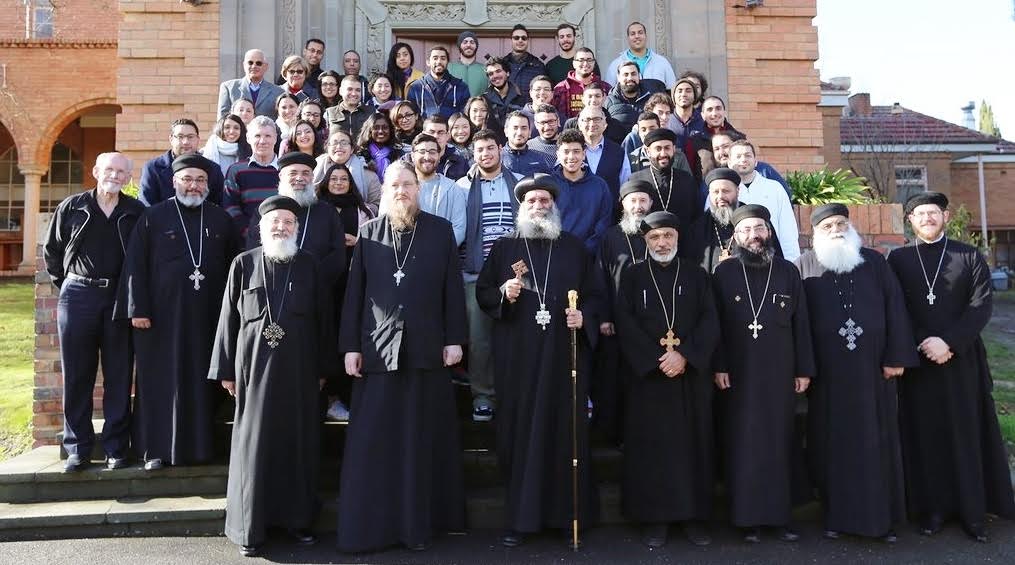 Additionally, he delivered a paper at the annual meeting of the Australian and New Zealand Association of Theological Schools, reporting for the first time in public on the findings from his new translation of and extensive introduction to Origen’s On First Principles, slated to be published by OUP in December 2017.  At the same conference he also participated in a book launch of The Life of Repentance and Purity, by Pope Shenouda III, a collaborative publication between Saint Vladimir’s Seminary Press and SAC Press, which has become the fastest selling title in SVS Press’s history. 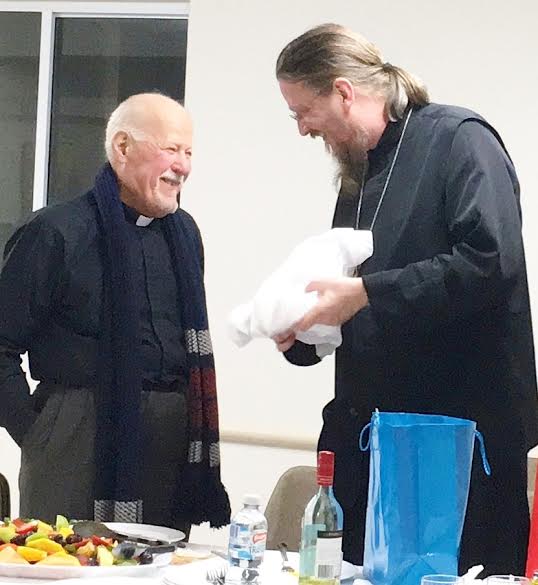 Fr. John Behr with Archbishop Paul, Metropolitan of the Antiochian Archdiocese in Australia, at St. Nicholas Church in Sydney.

Also included in his schedule were meetings with His Eminence, Archbishop Stylianos of the Greek Orthodox Church in Australia and Dean and founder of Saint Andrew’s Greek Orthodox Theological College, Sydney; and His Eminence, Archbishop Paul, Metropolitan of the Antiochian Orthodox Christian Archdiocese of Australia, New Zealand, and the Philippines. All told, Father John spoke to nearly 1,300 people in the metro areas of Sydney and Melbourne. 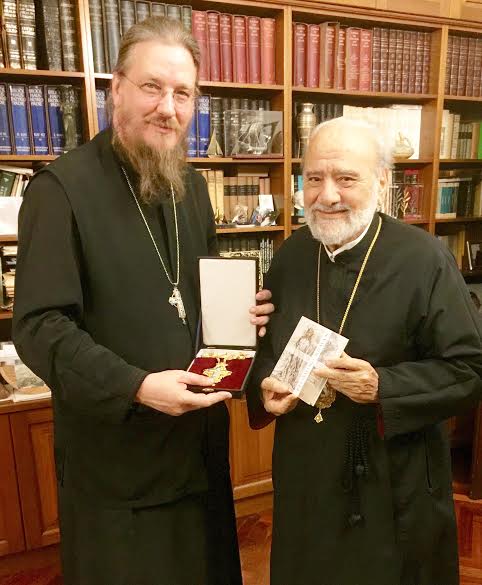 In the July 10 and July 17, 2016 editions of Epsajee, a diocesan publication of the Coptic Orthodox Church, Bishop Suriel stated, “Our visiting lecturer, Father John Behr, has returned to New York, leaving behind a legacy of academic rigor in learning, a love of the church fathers, and a genuine commitment to cultivate service and community in our Christian journey.

“Words could not fully capture the impact that Father John’s visit and input has had upon students, staff, clergy and others at SAC,” he continued,  “And everyone has been challenged by Father John’s dedication to lifelong learning, his love of God, and his generosity in sharing his profound knowledge of Church history—especially the early Church Fathers—in a contemporary, eloquent, and engaging manner.”

Father John himself expressed gratitude for the opportunities given to him to renew and strengthen ties between Saint Vladimir’s Seminary and a broad base of Eastern and Oriental Orthodox Christian communities—ties that in part began with a visit to Australia by Dean Emeritus, Protopresbyter Thomas Hopko (+2015), in 1997.  He especially remarked on burgeoning possibilities for future student exchange and joint work between the publication houses of SVOTS and SAC.

Fr. John Behr with Bishop Suriel at a Youth in Christ meeting.

“I am expecting more Australian students, at the request of Bishop Suriel, to come to our Seminary in New York to be carefully and highly educated in our Master of Arts and Master of Theology Programs,” said Father John, “and then to return to SAC as faculty prepared to influence hundreds and hundreds of future students by instruction in sound theology.  They, along with many other foreign students we’re expecting—Antiochian, Serbian, Greek—will join our American family here at SVOTS, continuing our long history of being the place where Orthodox Christians of all ethnic and jurisdictional backgrounds are praying and studying together in unity.

“Moreover,” he added, “SAC Press will also soon begin acting as a distribution center for SVS Press books in Australia, and this amazing arrangement will allow Saint Vladimir’s to continue its mission of spreading the Word of God through the written word.”

View a video of Fr. John speaking at St. Mary’s Coptic Orthodox Church, Kensington, VIC, Australia on the topic, “Standing by the Cross, Putting on Christ.”