IN THE NEWS: At home and beyond!

Home/Jurisdictions/IN THE NEWS: At home and beyond!
Previous Next

IN THE NEWS: At home and beyond! 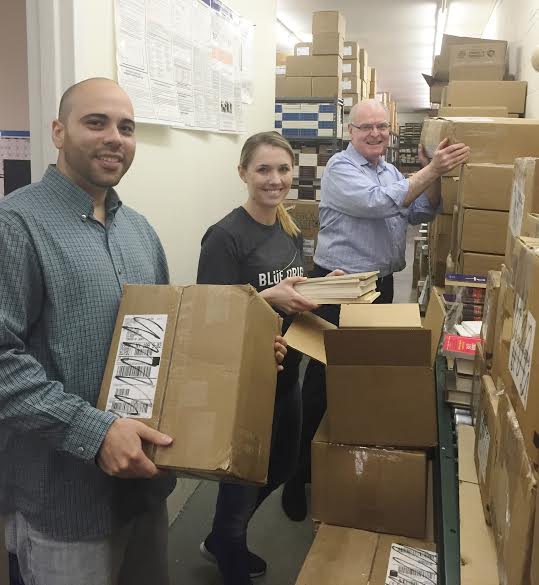 On July 6, 2016, Saint Vladimir’s Seminary, Yonkers, NY sent $15,000.00 worth of theological books on a 7,000-mile journey to the Orthodox Patriarchal Ecclesiastical School of Makarios III in Nairobi, Kenya.  The African seminary is the recipient of a tithe of Saint Vladimir’s most recent #GivingTuesday Campaign, held on December 1, 2015, which raised a grand total of $148,764.00, ten percent of which the seminary pledged to supply the African seminary’s library with much needed books.

“We are thrilled to share the blessing God has given us with our sister seminary in Nairobi,” said Archpriest Dr. Chad Hatfield, CEO at Saint Vladimir’s.  “Our #GivingTuesday donors gave generously to support our campaign, and we want to thank them and others for helping us to spread this blessing abroad.

“We soon realized that including books from other Orthodox publishers — besides our own SVS Press — would greatly benefit the African seminarians,” Father Chad added, “so our bookstore staff contacted Saint Tikhon’s Monastery Press, Ancient Faith Publishing, Sebastian Press, Holy Cross Seminary Press, and the Orthodox Christian Education Commission, all of which generously provided their books to us at wholesale cost.  And we are enormously indebted to our fellow Orthodox Christian, Jacob Matthew, President of National Air Cargo (Middle East and Pacific Rim region), the company that took the responsibility of moving these books from the US to Africa without any cost, as a kind gesture in support of this great initiative for the right cause.” 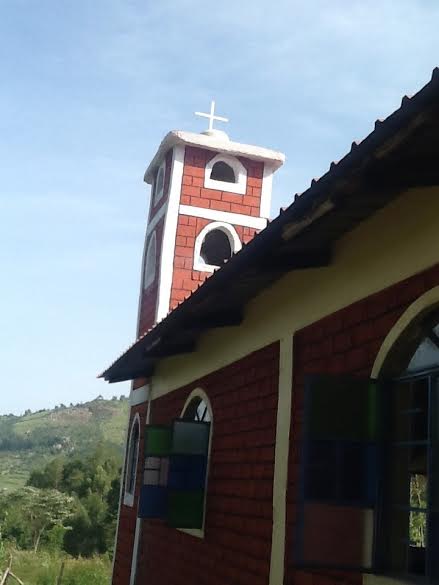 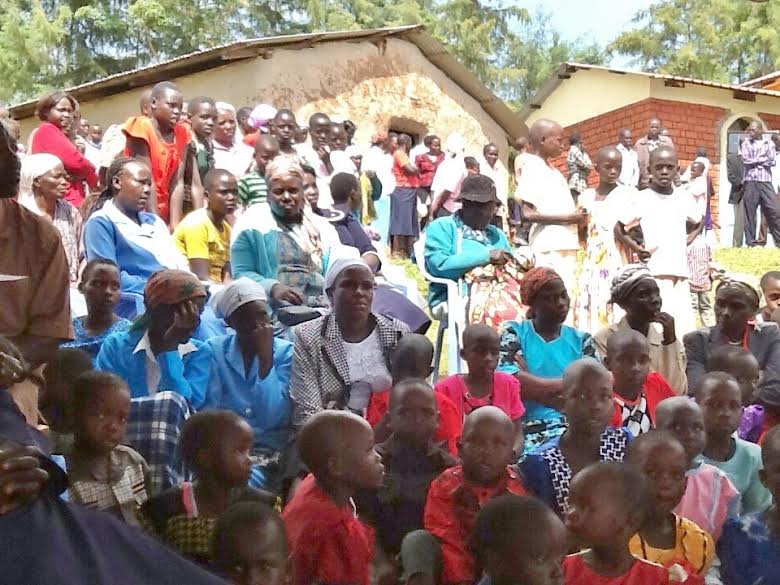 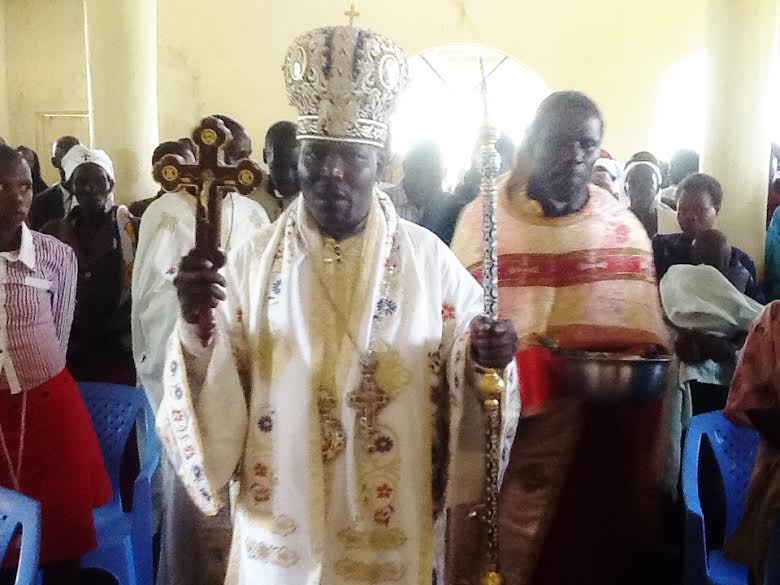 “When the church was consecrated in February 2015, His Eminence, Archbishop Makarios noted that it was ‘not quite complete,’ since it is the tradition in Kenya to have a bell tower attached to the church,” explained Archpriest Michael Oleksa of the OCA Diocese of Alaska, who participated in the celebration.  “With the blessing of His Grace, Bishop David of Sitka and Alaska, funds were donated and transferred to Priest Jonah Rotich, rector of Saint Herman Church, and the bell tower was constructed in honor of Matushka Olga Michael, a much venerated and saintly woman.”

Matushka Olga, whose sanctity of life has been widely recognized in recent years in Alaska and beyond, fell asleep in the Lord on November 8, 1979.  She was the wife of the late Archpriest Nikolai O. Michael of Kwethluk, AK, where she is buried and where many faithful regularly visit her grave.  See related story.

Eighteen priests and hundreds of faithful attended the Divine Liturgy and blessing, which was celebrated in Swahili and English. 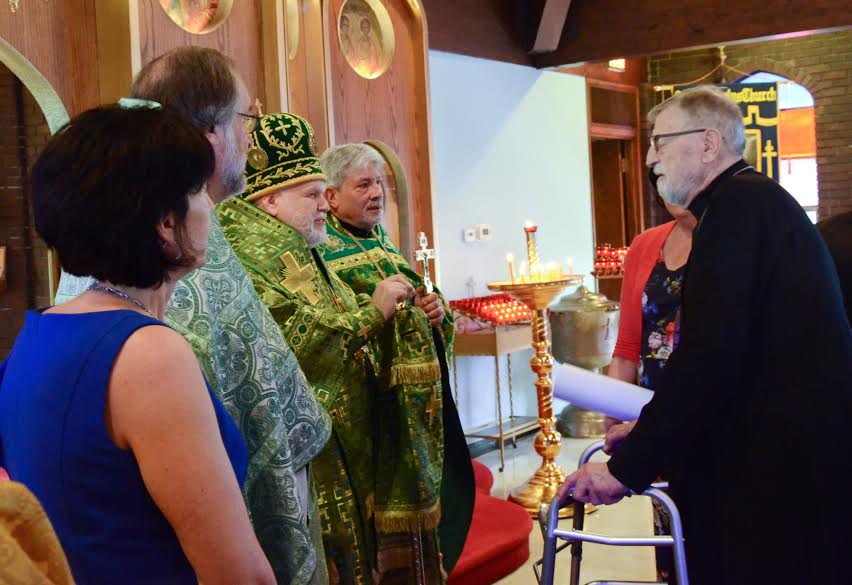 Joliet “Family Photo” with Bishop Paul and the clergy and faithful who honored him.

His Grace, Bishop Paul joined the faithful of Saint Nicholas Church, Joliet, IL in honoring its beloved retired Pastor, Archpriest John Elias Kuchta, on the 60th anniversary of his ordination to the priesthood Jluly 2-3, 2016—the Sunday of All Saints of North America.

The weekend opened with the celebration of Great Vespers by Archpriest John Matusiak, Pastor Emeritus of Saint Joseph Church, Wheaton, IL and Archpriest Ned Lunich, Pastor Emeritus of Saint George Serbian Orthodox Church, Joliet, IL, who serve the parish.  After Vespers, Bishop Paul shared his experiences with the congregation and enjoyed a light dinner in the parish hall.

On Sunday, Bishop Paul presided at the celebration of Divine Liturgy with Father John’s son, Archpriest Alexander Kuchta, Rector of Holy Resurrection Church, Palatine, IL; Father John Matusiak; and Deacon Nenad Jakovljevic of Saint George Church, Joliet.  During the Liturgy, the icon and relics of Saint Tikhon of Moscow added a special blessing to the faithful.  At the conclusion of the Liturgy, Bishop Paul presented Father John Kuchta with a Synodal Gramota in recognition of his 60 years of exemplary ministry at Saint Nicholas Church and the Orthodox Church in America.  Also present were other members of Father John’s family, including his daughters, Rebecca Grabavoy and her husband, Gregory Grabavoy, and Charissa Holwey; and his daughter-in-law, Matushka Natalie Kuchta.  Prayers also were offered for the late Matushka Ruth Kuchta, who fell asleep in the Lord in 2012.  “Many years” was sung for Father John, as well as for Brian Anthony Hilk, who had been received into the Church prior to the celebration of Vespers on Saturday evening.

The celebration ended with a festive dinner in the parish hall, during which an anniversary cake was enjoyed by the many faithful and friends in attendance. 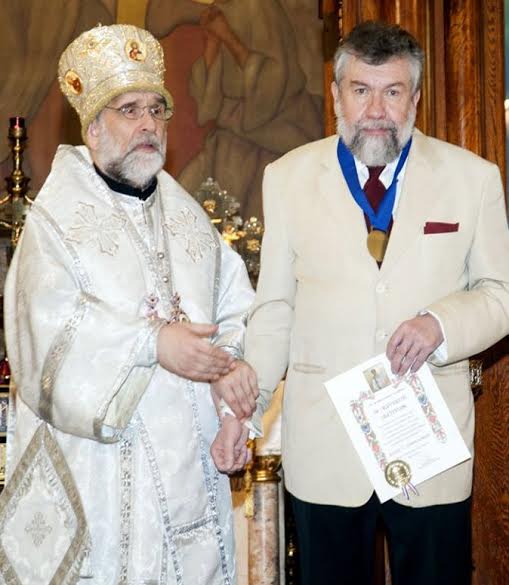 His Eminence, Archbishop Michael presented the Order of Saint Romanos to Aleksei V. Shipovalnikov after the Divine Liturgy at Saints Peter and Paul Church, Jersey City, NJ on Sunday, May 22, 2016.

At their spring 2016 session, the members of the OCA Holy Synod of Bishops recognized Aleksei, along with Dr. Vladimir Morosan, Director of Liturgical Singing at Saint Katherine Mission, Carlsbad, CA, for their outstanding contributions in the field of liturgical music.  See
related story.

A native of Rostov-on-Don, Russia, Aleksei served as Artistic Director and Manager of the Moscow State University Symphony Orchestra and Academic Choir.  His post-graduate studies included a master class with Leonard Bernstein in Moscow in 1988.  He has also conducted in West Germany and Poland, where he established a reputation for innovative programming in spite of the political risks involved during the communist era.  Such ventures included the presentation of the first Stockhausen Festival in the USSR and the establishment of the “Fellowship of Musical Evenings” in Moscow under the auspices of Moscow University and the Russian Musical Society in 1985.  Mr. Shipovalnikov immigrated to the US in 1990 and has been a guest lecturer at Columbia, George Washington, Princeton, Stanford and Southern Methodist Universities and Professor of Liturgical Music at Saint Tikhon’s Seminary, South Canaan, PA.  In 1991, he was appointed Music Director of Slavyanka Men’s Slavic Chorus.  Two years later, he recorded the world premiere of Shvedov’s “Liturgy of Saint John Chrysostom” for Harmonia Mundi.  In 1994 he was named Artistic Director of the Concertino Chamber Orchestra in Moscow and, in the same year, he directed choral selections for the musical soundtrack of the film, Little Odessa, with Twentieth Century Fox.  He is Founder and Director of the Spirit of Orthodoxy Choir and Music Director at Saints Peter and Paul Orthodox Church, Jersey City, NJ.

In an effort to assist missionary efforts in 12 remote villages in the remote Mexican states of Veracruz and Hidalgo, Archpriest Theodore Pisarchuk and the faithful of Saint Justin Martyr Church, Jacksonville, FL raised funds to purchase a 2012 Toyota Tacoma 4×4.  After the vehicle was blessed, it was delivered to Archpriest Antonio Perdomo, Rector of Saint George Church, McAllen, TX—on the US/Mexico border—who facilitated the arduous task of “making the truck Mexican” at customs.  Along with a parishioner he then drove the truck to Mexico City, where they delivered it to His Eminence, Archbishop Alejo of Mexico.  The following day, the vehicle was driven to Santa Cruz Church in Pisaflores.

“These 12 villages are subsistent, meaning they live off the land,” Father Theodore explained.  “The homes are of simple concrete block construction with corrugated metal roofs and do not have running water or indoor bathroom facilities.  Very few people have cars.  Horses and burros are used for transportation.  To travel long distances, one has to hire a driver.”

In 2014, Hieromonk Serafin took up residence in Pisaflores, where the church today is full and vibrant.  Unfortunately, due to a lack of transportation, he was unable to visit the other 11 villages and their churches on a regular basis.  Not having a vehicle became a barrier to effective ministry.

“Now that Hieromonk Serafin ‘has wheels,’ the transportation issue has been resolved,” Father Theodore concluded, “and the Gospel will be proclaimed regularly among the 5,000 or so villagers to whom he ministers!” 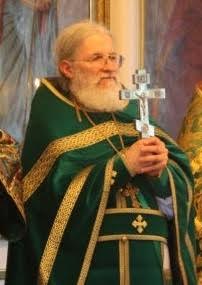 On Sunday, July 10, 2016, Archimandrite Juvenaly [Repass] shared his vision of missionary work with faithful attending the Divine Liturgy at Saint Sergius of Radonezh Chapel at the OCA Chancery, Syosset, NY.

A candidate with the Orthodox Christian Mission Center [OCMC] slated to serve in Guatemala, Father Juvenaly spoke of discerning his call to labor for the spread of Orthodoxy in regions in which an Orthodox Christian presence has been sparse or nonexistent.  For six years, he served in Kodiak, AK, where he taught at Saint Herman’s Seminary.  He is committed to a two-year term in Guatemala, where he will minister in the village of Aguacate and travel as needed to Mayan villages to teach, administer the sacraments, and strengthen the efforts of local clergy and catechists.  At present, there are over 100 Orthodox communities in the country, served by four priests.  He also will assist in translation projects, employing methods and tools of the AGES translation program supported by OCMC.

A graduate of Saint Vladimir’s Seminary, Yonkers, NY, Father Juvenaly resided at Saint John’s Monastery, Hiram, OH for four years and at Saint Tikhon’s Monastery, South Canaan, PA for 22 years before he began his ministry in Alaska.  As an OCMC candidate, he is raising the funds to begin his work in the mission field and is visiting parishes to share his enthusiasm for spreading the Gospel.  Parishes interested in hosting him for a presentation may contact him at http://ocmc.org/ArchJuvenalRepass.