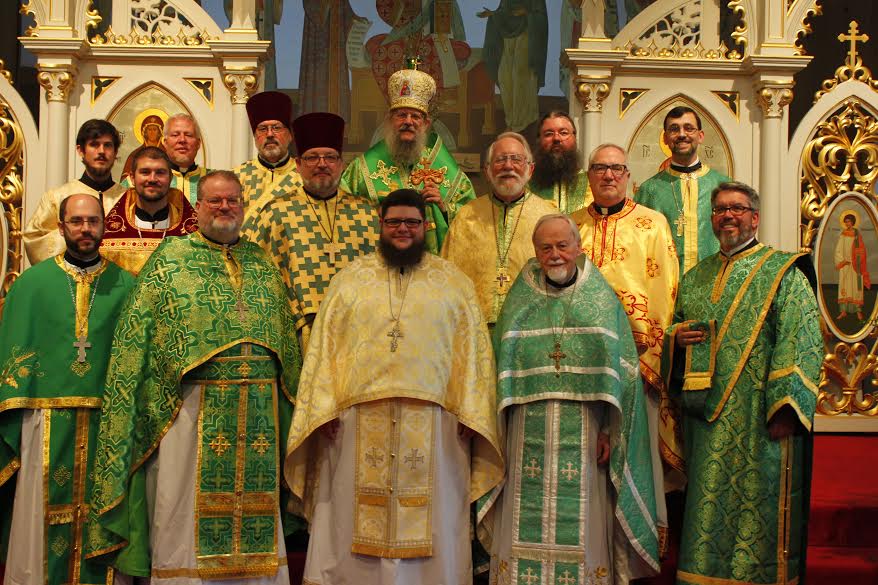 Bishop Alexander with the Bulgarian Diocese’s priests and deacons at the Divine Liturgy on Sunday, June 26, 2016.

Two days earlier, on June 23, a Diocesan Clergy Convocation opened with the celebration of Vespers for the Feast of the Nativity of Saint John the Baptist at Holy Dormition Monastery, Rives Junction, MI. 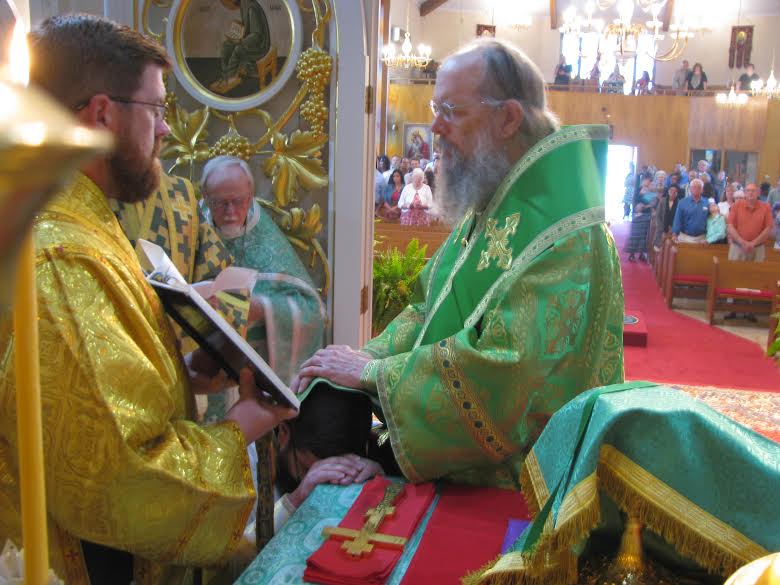 “The clergy, in the presence of Bishop Alexander, discussed canonical, personal and diocesan matters arising from the surprising election of the Bishop to a second See,” said Archpriest Don A. Freude, Chancellor.  “The clergy unanimously recommended that these discussions continue at the business session of the Diocesan Conference on June 25.”

During that meeting, Bishop Alexander reported on his archpastoral visitations, as well as matters of concern for the Diocese.  Reports also were presented by the Chancellor, Treasurer, the delegates to the Metropolitan Council and the Diocesan Auditors. 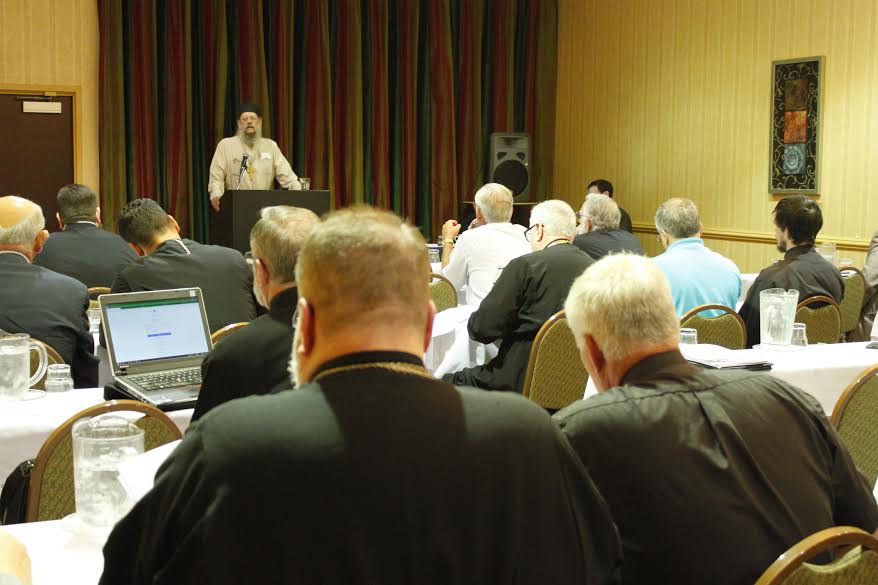 Meeting of the Diocesan Conference.

“The clergy and lay delegates offered insights into the life of their respective parishes as they approved the budget for 2016-2017,” said Archpriest Andrew Jarmus, Conference Chair.  “Moreover, the delegates took up the discussion on Bishop Alexander’s new episcopal responsibilities that the clergy had initiated at their convocation.”

The Conference concluded on Sunday, June 26 with the celebration of the Hierarchical Divine Liturgy, at which Bishop Alexander presided.  During the Liturgy, Deacon Esteban Vazquez to the priesthood.  Over 170 people attended the Liturgy.  At its conclusion, Bishop Alexander spoke of the vitality of so small a diocese inasmuch as, in three years, three of its native sons had been ordained to the priesthood. 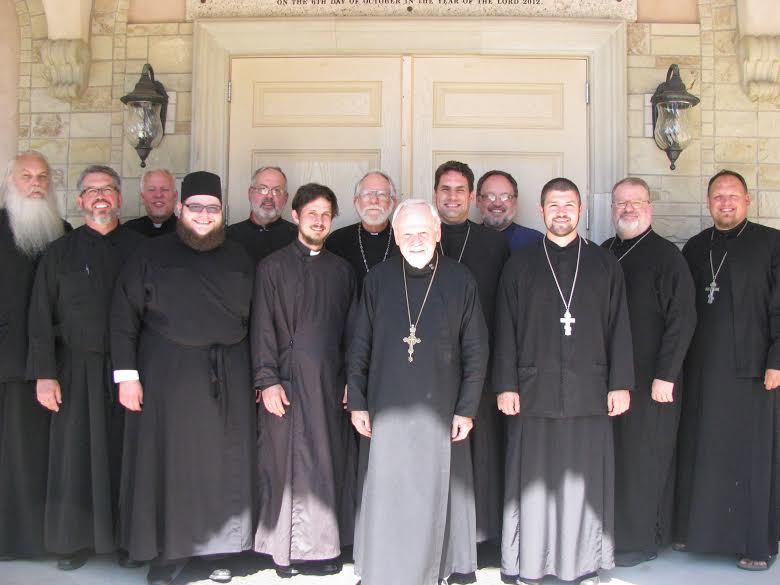 Immediately after the Liturgy, attendees enjoyed a festive banquet and renewed friendships, some of which dated back to the Diocese’s first Conference in 1963 while others had been initiated and nurtured within the past year.

A Diocese of the Orthodox Church in America since 1976, the Bulgarian Diocese spans nine states with 17 parishes, three recently established missions, and one monastery.  Bishop Alexander is the Diocese’s second ruling Bishop.