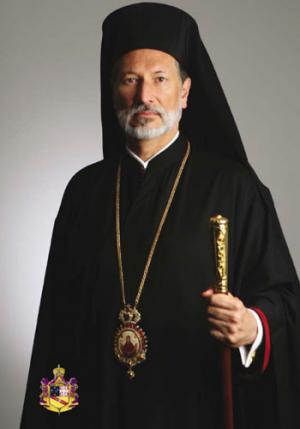 The announcement of the election was made in an official communiqué that recounted the proceedings of the regular meeting of the Assembly of Bishops of the Serbian Orthodox Church, held in Belgrade, May 14-25, 2016. The communiqué further announced that the current bishop of the Eastern American Diocese, His Grace Dr. Mitrophan (Kodic) had been, at that same meeting, elected bishop of the vacant Diocese of Canada; and that Protosindjel Siluan (Mrakic), of the Pustinje Monastery in the Diocese of Valjevo in Serbia, had been elected to replace Bishop Irinej in Australia.

“His Grace has maintained his contact with, and support for, our seminary while serving in Australia and New Zealand,” noted Fr. Chad. “Now that he will be geographically close once again, I anticipate that our historically close ties to the Serbian Orthodox Church will become even stronger.”

Father John added, “I am thrilled to hear of Bishop Irinej’s election to the Eastern American Diocese, and look forward to welcoming him to his alma mater and working closely with him in the formation of our Serbian students.”

The election of Bishop Irinej amounts to a “homecoming” for him, both as a U.S. citizen and as a native of Cleveland. Alex Machaskee, Executive Chair of the Board at St Vladimir’s Seminary and retired president and publisher of Cleveland’s major newspaper, The Plain Dealer, recalled his personal history with the new bishop, saying, “I have known Bishop Irinej for many years and see him every time he returns to Cleveland, as well as visiting him with my wife in Sydney several years ago.

“I was very impressed with the work Bishop Irinej did as the External Affairs Officer for the Serbian Church in Washington D.C. years ago,” he further noted. “I had recommended to the Patriarchate in Belgrade several times that Bishop Irinej should return to the United States, and I am delighted that that is now going to happen.”

“I consider His Grace a wonderful spiritual leader, my dear friend, and an outstanding leader of the Serbian faithful,” Machaskee remarked.

Born in 1955, Bishop Irinej completed his elementary and secondary education in his hometown, and after attending the Cleveland Institute of Art from 1973–1975, he enrolled in St Tikhon’s Seminary in South Canaan, PA, where he graduated with a Licentiate in Theology, with the academic distinction maxima cum laude. In 1980 he enrolled in St Vladimir’s Seminary in Yonkers, NY, and graduated in 1982 with a Master of Divinity degree, with an Honorable Mention for his master’s thesis, “Bishop Nicholai Velimirovich: A 1921 Mission to America.” Afterward, he studied at the Athens Center in 2000 and 2003, and received levels I and II certificates in contemporary Greek language.

Read more about Bishop Irinej’s life on the website of the Serbian Orthodox Church in Australia and New Zealand, from which biographical facts in this article were gleaned.