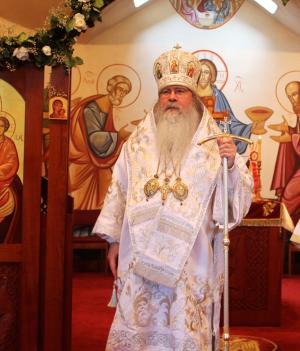 Metropolitan Tikhon, President and Board Chairman of St. Vladimir’s SeminaryHis Beatitude the Most Blessed Tikhon, archbishop of Washington and Metropolitan of All America and Canada, of the Orthodox Church in America (OCA), has announced that the Board of Trustees of St. Vladimir’s Orthodox Theological Seminary has voted to implement a new model for governance at the Seminary. The new model, adopted by the Board at its semi-annual meeting on May 19–20, 2016, will be effective as of May 27, 2016, and will include a newly defined Chief Executive Officer (CEO) position at the top of its organizational structure. Components of the new model will be implemented over the next several months.

“As the President of the Board of Trustees at St. Vladimir’s, I am pleased to recognize the excellent work undertaken by the members of the Board over the past year, as they worked with the Administration of the Seminary to tackle the challenging issues that are changing the environment in which the crucial work of theological education takes place,” remarked Metropolitan Tikhon. “I am particularly impressed by the collaborative manner in which all constituencies of the school participated in this process, culminating in our recent productive Board meeting, which has set a more timely standard for navigating the changing world of theological education.”

The new governance model reshapes the Seminary’s organizational structure from a bicameral system headed by a Dean and Chancellor/CEO to a team model of four executive officers responsible for Academic Affairs, Operations, Advancement, and Finances—all of whom report to a single Chief Executive Officer (CEO). Trustees made the decision to restructure the seminary Administration in this manner, partly in response to a new business plan also adopted by the Board at their semi-annual meeting, and partly in response to feedback from an Ad Hoc Committee on Leadership Structure formed to study and analyze the Seminary’s former organizational model; that committee was co-chaired by seminary Trustees Dr. Frank B. Cerra and Dr. Melody M. Thompson. 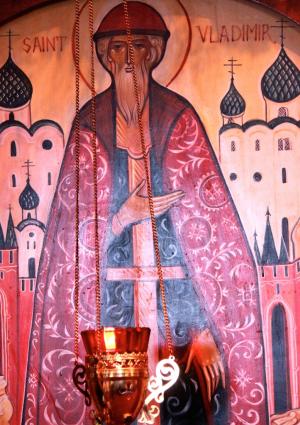 The Seminary is taking steps to formalize this change in its statutes and in due course, most likely in late summer or early fall, will be posting a job description for the CEO position, and will be welcoming applications for that position. As well, it will post job descriptions for other team member positions and welcome applicants, as is appropriate to the Seminary’s needs.

The new business plan mainly focuses on debt reduction, containment of operational costs to achieve a balanced budget annually, increased investment capacity, expansion of key profit-making sectors (e.g., SVS Press), and growth of the Seminary’s endowment. The main goal of both the new governance model and the new business plan, according to Trustees, is to ensure that the Seminary possesses a solid, sustainable financial base that will continue to support its greater mission to train clergy and lay leaders, far into the future.

Additionally, the new governance model and the new business plan accord with twenty-first century “best practice” methods for non-profit educational institutions. Other seminaries, which, like St. Vladimir’s, are accredited by the Association for Theological Schools (ATS) and must adhere to its fiscal expectations and requirements, are adopting similar models and plans.

Alex Machaskee, Executive Chair of the Board at St. Vladimir’s, noted, “I want to make clear that the Board is indebted to both Father John and Father Chad for their hard and good work during these past nearly ten years, and we believe that the new ‘functional’ organizational model we’ve adopted will allow them—and any new administrators—to concentrate on areas best-suited to their individual gifts and talents, thus allowing them to blossom in their particular vocations.

Machaskee also said, “I am very pleased with the prudent, thorough process undertaken by the Board to make the change in the leadership structure. By providing the Seminary with economic ‘bedrock,’ we will allow it to advance what has always been its mission: academic excellence coupled with even more emphasis on spiritual formation.”

Machaskee added two more points: the new governance model has required a change in the Seminary’s statutes, which are being revised; and the seminary administration will be in a “year of transition” while implementing this model. In particular, he pointed out that the Very Reverend Dr. John Behr, formerly “Dean” in the bicameral system, will, during the year of transition, retain his title as Dean, continue in his role as Rector, and perform other duties within his current job description; while the Very Reverend Dr. Chad Hatfield, formerly “Chancellor/CEO” in the bicameral system, will immediately assume the position of Chief Executive Officer within the new structure while a search for the newly defined CEO position is conducted and until that search is concluded. Father Chad’s primary work during the year of transition will be to implement the newly adopted business plan.

Machaskee said, “Both of these men are not only welcome, but also expected, to apply for positions within the new organizational structure for when their current term—originally begun as ‘Dean’ and ‘Chancellor/CEO’—concludes June 30, 2017.”

In response to the new governance model, Fr. Chad remarked, “After much labor in trying to address the financial and spiritual challenges that constantly bombard the Seminary, and after due process, we administrators and the Board have come to the same conclusion regarding the need for a new business plan and the need for a new governance model, and here, I’m reminded of Father Alexander Schmemann’s cogent words: ‘The Church must change to remain the same’; in other terms, St. Vladimir’s must change to remain the same jewel it is among Orthodox seminaries.”

Father John Behr concurred, saying, “During my time as Dean, we have already responded to the vast and radical changes today’s seminaries must make in order to stay both viable and effective, for example, by engaging a much broader range of distinguished scholars willing and able to serve as extended faculty members at St. Vladimir’s Seminary, expanding and enriching in this way the opportunities for the education and formation of our students.

“At the heart of this change in the structure of leadership at the Seminary,” concluded Fr. John, “is the commitment to maintaining the reputation, nationally and internationally, our Seminary has for the quality of its theological education and spiritual formation, a precious legacy inherited from the luminaries of the twentieth century. I hope that the Church and our alumni stand by us—and monitor our progress—as we transition to a model and plan that we confidently believe will strengthen our school.”

Read a summary of the Seminary’s new business plan here.