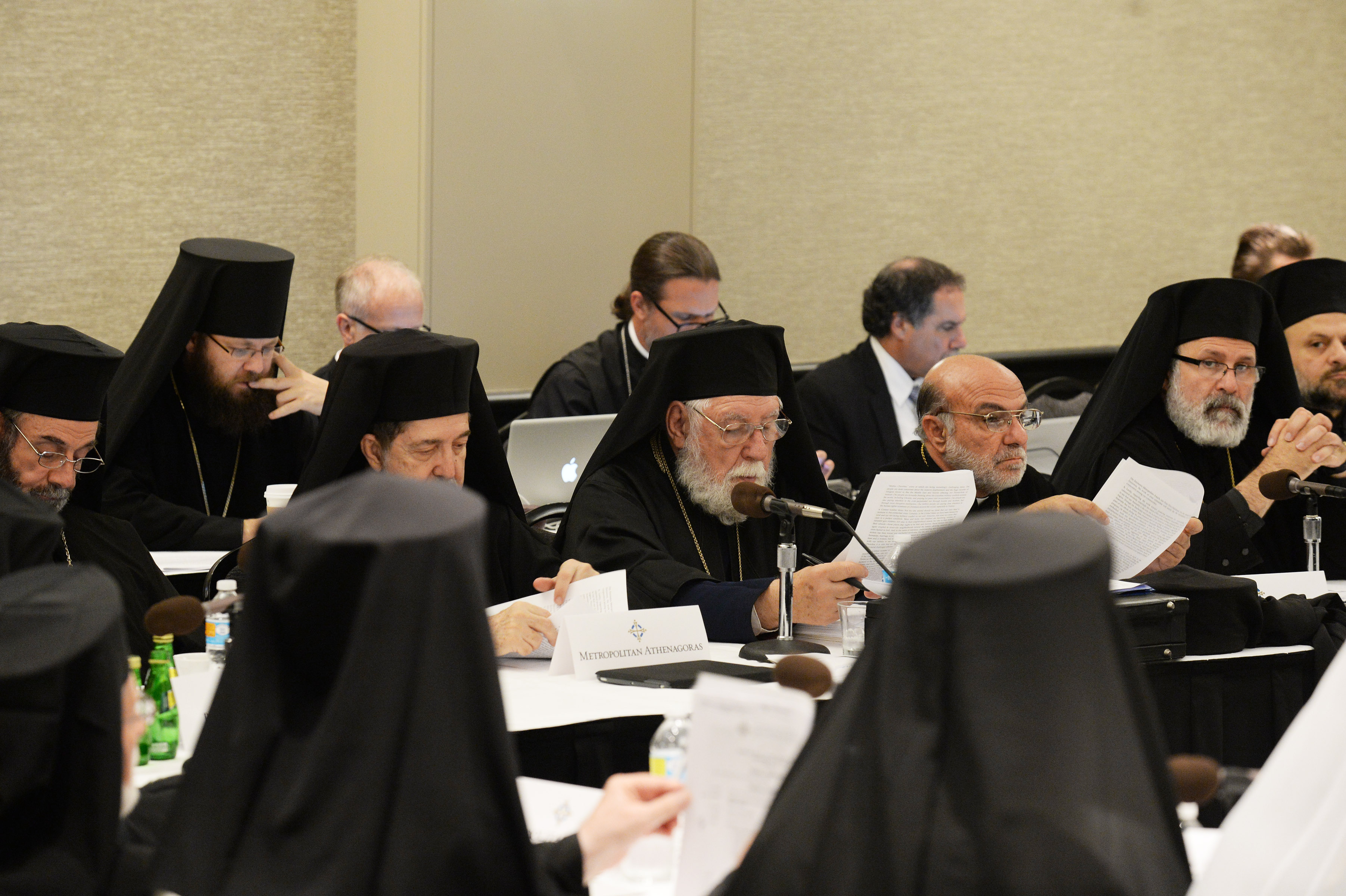 The Assembly of Canonical Orthodox Bishops of the United States of America concluded its sixth annual meeting on Thursday, September 17 in Chicago.

The Assembly issued a message to the faithful, which can be read here.

In other business, the Legal Affairs Committee presented a five-step plan to the Assembly for consideration.  The hierarchs unanimously authorized the committee to commence with the first three steps of the plan, in which the committee will assess, gather and analyze the relevant legal documents of the Assembly’s various jurisdictions. The hierarchs also approved the 2016 budget. Before adjourning, the hierarchs chanted the Apolytikion of Pentecost in six languages.

Assembly VII is tentatively planned for early October 2016. Documents pertaining to Assembly VI, including the minutes, 2016 budget and committee reports, will be forthcoming on the Assembly’s website.